CASNMMI Annual Meeting was successfully held in Denver, in the evening of June 12, 2017, during the annual meeting of the SNMMI 2017. More than 120 scientists, physicians, and business leaders attended the meeting. 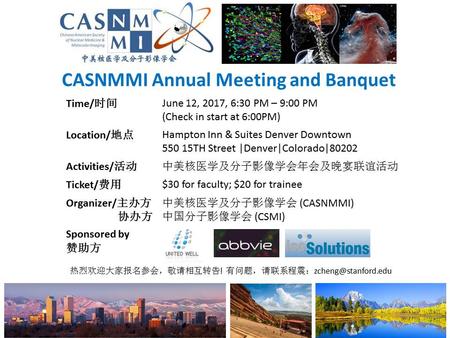 Among them, approximately half of the attendees are nuclear medicine and molecular imaging professionals from the United States. An impressive and positive change was that the number of attendees from China dramatically increased this year. Meanwhile, there were attendees from European countries.

The agenda of the meeting followed our tradition and was highlighted below: 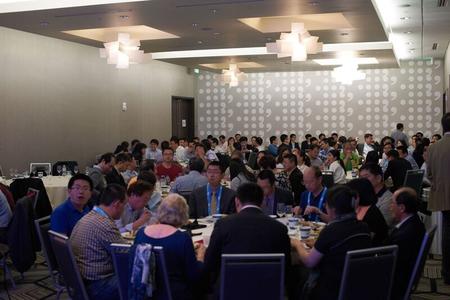 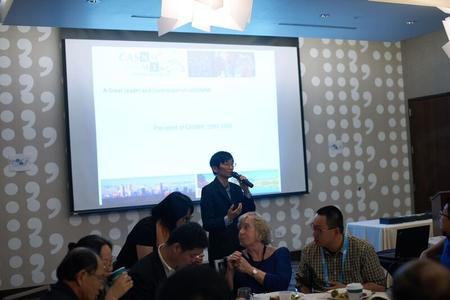 The meeting was chaired by Dr. Zhen Cheng, the President of CASNMMI and Associate Professor of Stanford University (photo provided by Dr. Hao Chen). 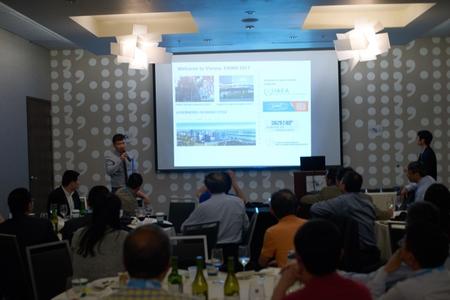 With the generous support from the sponsors, and membership fees of CASNMMI, the Secretary General of CASNMMI, Dr. Yubin Miao pleasantly presented the Financial Report. 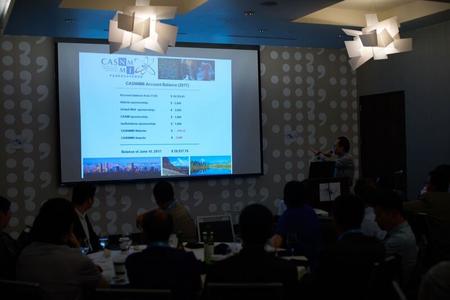 The sponsors are listed below: 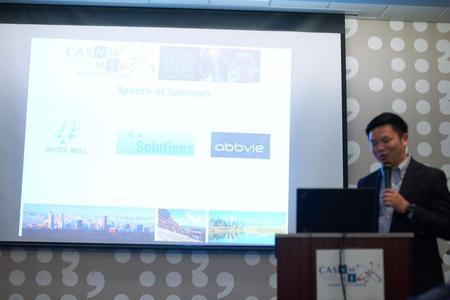 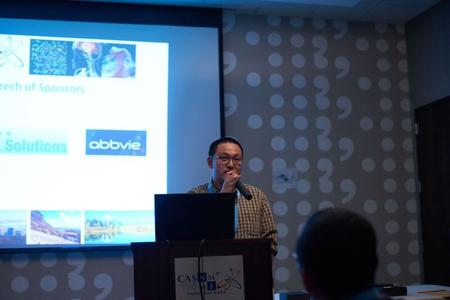 Sponsors’ remarks -with the best wishes from the CEO of United Well (汇佳) Mr. James Zhang, and the representative from IsoSolutions (photo provided by Dr. Hao Chen).

With the nomination from the Board of Directors of CASNMMI, and voted by the BoD members according to the criteria of service to the Society plus personal scientific impact, the 2017 Life-time Achievement Award was awarded to Ban An Khaw, PhD, Professor of Northeastern University. CASNMMI President Dr. Zhen Cheng presented the Award on behalf of the Society. 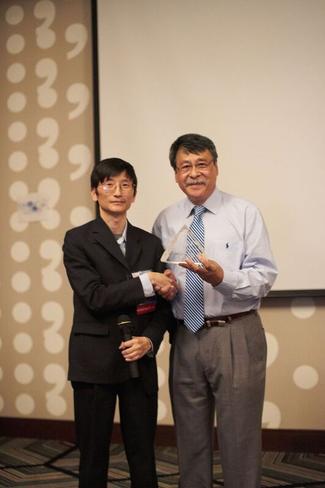 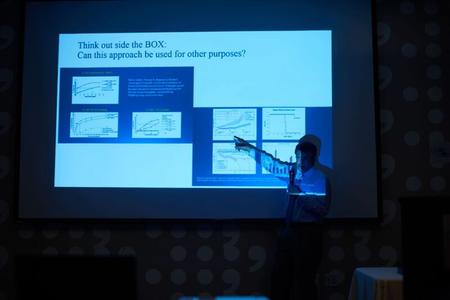 Dr. Ban An Khaw, with great balance of moderation and enthusiasm, shared his experience and perspectives of life and scientific career.

Dr. Kai Chen, the Chairman of the Selection Committee and Associate Professor of University of Southern California presented the rules and the process of selection for the awards. One 1st place, two 2nd place and three 3rd place awards were presented to the recipients by Drs. Hank Kung and Kai Chen. 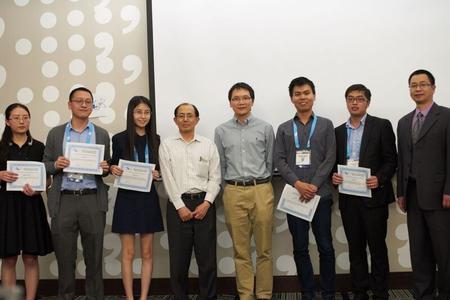 2017 Highlight of Accomplishments from Chinese Scholars

Dr. Yumin Zhang, highlighted the accomplishments to the audience.

Transition of the Leadership of CASNMMI

After delivering excellent and hard-working service, Dr. Zhen Cheng fulfilled his term as President of CASNMMI and transferred the position to the President-elect Dr. Yumin Zhang. 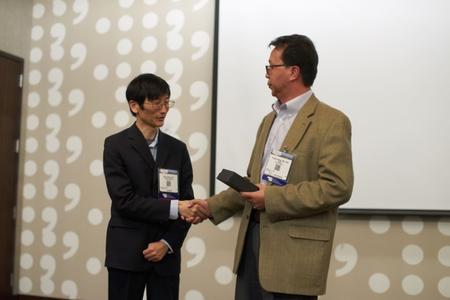 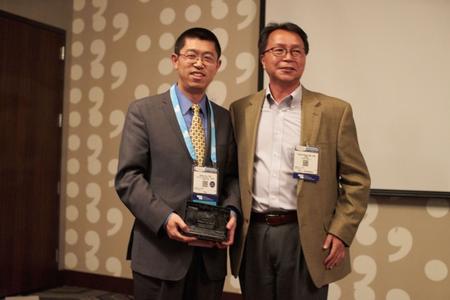 (Left) Dr. Yumin Zhang presented Excellent Service Award to Dr. Zhen Cheng, Associate Professor of Stanford University, for appreciating his dedicated service as President during the past 2 years. Dr. Zhen Cheng will continue to serve the Society as non-officer member of the Board of Directors, per the Bylaw of CASNMMI.

(Right) On behalf of CASNMMI, Dr. Yumin Zhang also presented Excellent Service Award to Dr. Weibo Cai, Associate Professor of University of Wisconsin for appreciating his presence as members of BoD of CASNMMI. 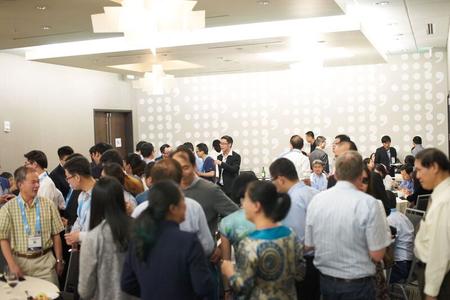 The net working session, the attendees were chatting with their friends, with some of them attended this meeting for the first time (photo on right).

The Nomination of President-elect

Per the Bylaw, the President-elect should be elected from current or previous members of the BoD of the CASNMMI, and the nominee must be personally willing to serve the society, and Dr. Chun Li, current non-officer member of BoD, Professor of MD Anderson Cancer Center, is nominated as the President-elect. The confirmation will be voted by the attendees of this Annual Meeting (which are automatically regarded as current valid members of CASNMMI).

To ensure the smooth transition, the BoD of the society successfully obtained the continuous service from Dr. Kai Chen as Secretary General and Dr. Yubin Miao as Treasurer of CASNMMI for another term of 2 years.

The Replacement of Members of Board of Directors

With the departure of Drs. Xiaoyuan Chen and Weibo Cai from the board after their services, we have two seats to fill as non-officer members of the Board of Directors. The current acting board will nominate 4 candidates from voting by current members of CASNMMI. The biography and personal statement of the nominees will be available to our members for voting in next communication.

• The photos used in this newsletter were skillfully taken and kindly provided by Dr. Hao Chen, from Stanford University.

• The leadership of the CASNMMI sincerely thanks the post-doc researchers and graduate students from Department of Radiology, University of Colorado, for their dedication and hard-working for preparation and organizing this annual meeting.